Lixi, Inc. was incorporated April 18, 1978 as an Illinois corporation to manufacture, sell, distribute and service the LixiScope. The LixiScope and its technology are based in U.S. Patent 4,142,101 which was assigned to the National Aeronautics and Space Administration (NASA) as a result of their initial investment in research and development activities to bring the LixiScope to market.

NASA grants Lixi Research Limited Partnership a partially exclusive license for the isotope version of the LixiScope on November 29, 1982.

Lixi, Inc. receives approval from the U.S. Nuclear Regulatory Commission (NRC) to distribute the LixiScope to licensed users in the industrial and medical markets.

The U.S. Food and Drug Administration grants Lixi, Inc. permission to market the LixiScope for medical use. Lixi’s industrial x-ray tube version is registered with the FDA in accordance with the Code of Federal Regulations.

Lixi’s real-time x-ray systems, which have been used in the United States and abroad for quality assurance inspection of small components, are rated superior to similar instruments made by four Japanese companies and an American manufacturer. JEOL, a large Japanese firm with approximately 2,000 employees, selects LIXI systems for import and distribution in the Japanese market after a careful comparison of many similar systems.

Swedish Mt. Everest Expedition Team brings the LixiScope on its expedition to examine injuries, a previously unavailable in remote areas. The ability to immediately diagnose injury resulted in proper medical care, proved to be an invaluable benefit while they were already subject to harsh conditions. 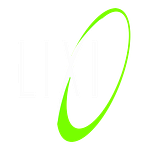